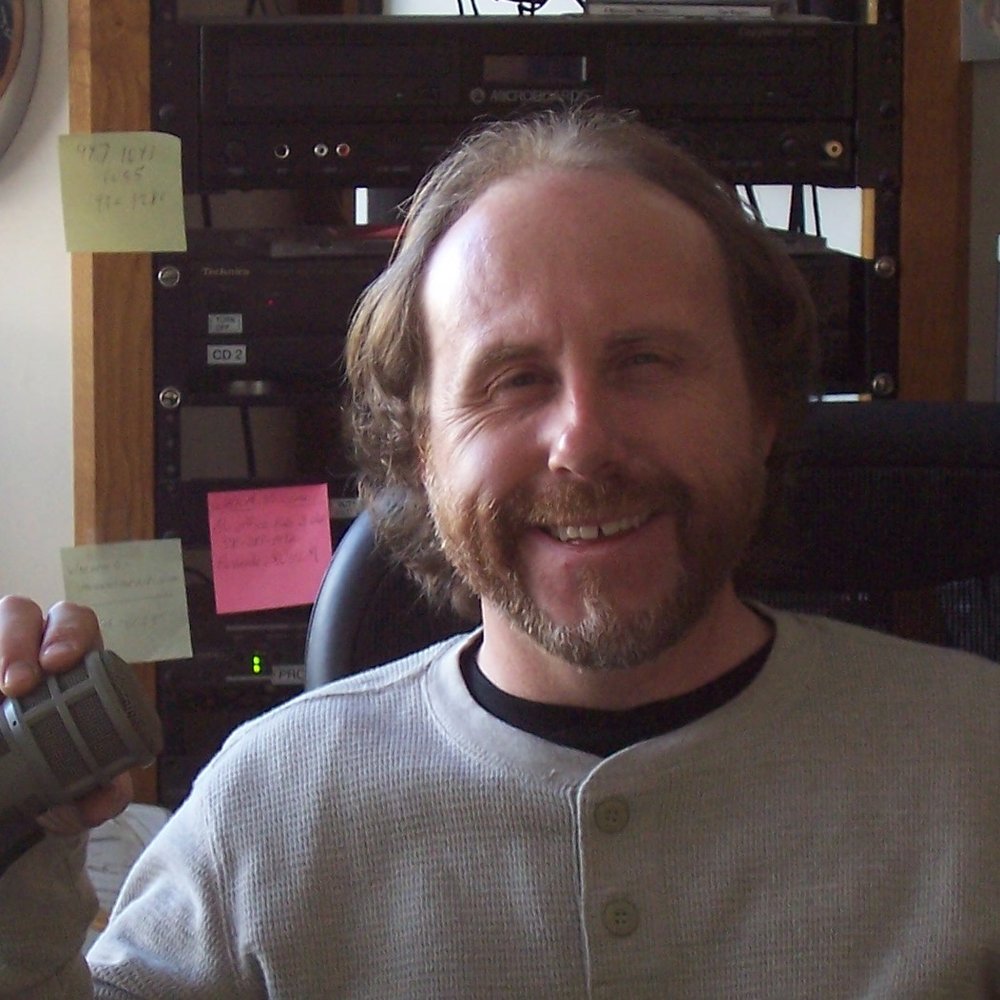 Radio began for me at a very early age, growing up around music and audio equipment. My Dad is a phenomenal keyboard player and multi-instrumentalist so there was always music in the house. We would go see him play with The Last Chance Band which was a popular country/Bluegrass band in the central/NEPA region.  Not only is that where my love for country music began, but it was where my journey as a musician and in radio started. I really loved all of the instruments but gravitated toward the drums. LCBs drummer Wayne Rudolph used to let me sit in on his kit during the band’s set breaks which was real cool. Eventually, it became my main instrument (keyboards being the second) and certainly have been blessed that it has become a good portion of how I make a living. However, it was quite clear that there was great camaraderie, teamwork and the creation of something special when being part of a band. I could see the same kind of connection when listening to some of the great radio stations in our region. Naturally with our Dad being a musician, we had a great AM/FM stereo rig with a turntable as well as a good audio recording setup at home; complete,with cassette decks, reel-to-reel, and of course the portable cassette recorder. Those tape machines, records, and radio were fascinating! I wanted to learn all I could about all of it. However, it was clear that there was a strong connection with music and radio. Personalities such as Doug Farley and Bobby Gale from WHLM, Cathy Scott on WCNR, clearly showed that radio was much like putting together a great recording or a great band, considering the production elements teamwork, and camaraderie that goes into it. Plus, the whole “theatre of the mind” concept was and still is quite intriguing. Music taking you on an audio journey, so does radio.

I began to enjoy many styles of music. We would go to northern New Jersey to visit our grandparents which is not far from NYC (WNBC and WABC came in crystal clear! woo hoo!!). They would often have WMTR-Morristown or WXMC-Parrsipany tuned in which played all of the big band swing greats. I fell in love with this music and wanted to learn more. Eventually, the swing element became a main theme in the way I play the drums. But, the magic of radio being the medium that shared this beautiful experience was very infuential. I eventually had to build my own “radio station” at home; complete with cassette and record players, and many different characters. As years went by, I eventually got involved with bands playing everything from jazz, country, bluegrass, alternative rock,high school marching band, the Bloomsburg University big band as well as working on orchestral symphonic prog rock compositions which is music that has been developing in my mind since second grade. Having got into doing recording sessions as well, I transferred to Penn College in Williamsport which had a great hands-on broadcast communications program under the direction of Dr. Brad Nason. This not only was about radio, but also had a lot of the recording software and production elements of a recording studio. It was great because the college facilitated the learning of radio, recording, production, sales management and music. I completed the broadcasting degree with an internship at WHLM in Bloomsburg. Although there was not a full time position available after the internship, I still kept in touch with Joe and Nancy Reilly at WHLM. At the time, I didnt really see myself as a radio guy, just a musician that worked in the studio and performed. However, I certainly learned that timing is everything, and the experience 10 years in between the internship and eventually coming back to WHLM was vital. I had been recording drum tracks for local artists in Lewisburg and was recommended to singer-songwriter/comedian Billy Kelly who was looking for a drummer. I joined up with his band which was a combination of country meets Americana meets rock n roll and a mixturer of other styles. With Billy though, its ALL about creative production, coupled with humor and inovation. He has a lot of energy and many creative enevours. We performed locally and regionally, eventually having 2 projects that evolved from the original. Those of us in the band were also involved with other projects and sessions, so there was a lot of sharing of talent within a great circle of muscians. Over the next 10 years, Billy would hire us to record at least an album or two each year. The two main projects were called “Earl Pickens and Family”, and “Billy Kelly and the Blah Blah Blahs.” The first revolved around an idea to perform the entire U2 Joshua Tree album using acoustic guitar, upright bass, banjo, fiddle, and a small acoustic drum set. We performed the album at a small cafe in Lewisburg, but the buzz caught on quickly so we had to record it as an album “The Country Fried Joshua Tree.”This drew attention nationally and we were hired to play different venues in major cities incluing broacasts on the local radio stations. At the same time, Billy was working on an offshoot project. His daughters were young at the time so he found himself writing indie rock songs geared toward their age group.

Thus, Billy Kelly and The Blah Blah Blahs was born, which consisted of three of us from EP&Family including the band manager who was also the bass player. Soon, we had a new CD “Thank You For Joining The Happy Club” and were getting airplay and requests for performances. At the same time, the creative environment within EP&Family clearly demanded that we record an album of originals. A big tip of the hat to manager/bassist Bob Albin of Lewisburg. This guy is one of the most organized cats I ever met. Not only was he taking calls for performances and records, he was booking and organizing tours for both of the bands. While, EP&Family was playing festivals and clubs, the Blah Blah Blahs were playing a curcuit of museums and theatres. We played Boston two or three times a year, many NYC gigs, Detriot, Washington DC, and toured up and down the east coast, even being hired in Colorado. Bob was a mentor for all of us in terms of organization, focus, teamwork, and perserverance. Certainly a great combination when working within such a highly creative environment. However it was these road trips where the radio bug really started to hit hard. Here we were, playing all these big cities with these big famous radio stations, while on a roll in performance and production. I remember for example giging at the Detroit Institute of The Arts and going to sleep listening to “The Great Voice of the Great Lakes 760 WJR” who at the time was still using their full JAMS jingle package on air. It sounded so huge. Beautiful even. These stations were serving as the sountrack to the regions we were playing. Echoing. The production. The sound. It was like a symphony. I really began to embrace the strong connection to music, performance and communication. We met so many people, saw so many walks of life, made many friends along the way. This experience was valuable. It was exactly what I needed to fully understand the beauty of broadcasting and how it relates to music, production, and being a voice for people. Plus, the guys in the band were always ecourgaging me to get into radio. This was before they even knew I had studied it. When Billy took some time off to focus on stand-up comedy, I took a job as the drummer for a Texas swing/classic country band called Grand Junction. Same thing happened. Very much focus was on production and arranging. They had the “big sky” country sound, so playing fairs, festivals and carnivals during the summer was a real cool experience. Same thing happened though. The guys in the band would say “Jake, you should consider pursuing radio.” So, lo and behold while looking how to find a foot in the door, I got a call from Joe Reilly looking for somone to do board opping at WHLM. This was divine intervention. Not only was it a great way to start, but Joe was real keen on having me grow with the station. Certainly have to give a big tip of the hat to Ben Willis as well. He has been such a great friend and mentor over the years. I learned so much from him. Because of this opportunity, I went from board opping, to sports producing, production, and eventually becoming the afternoon drive host. It really is amazing how everything has come together and it is something I never take for granted. Ben and I are both excited about now being part of Seven Mountains Media and Hanna Radio. This has been a fantastic experience with some of the coolest people yet! We share their vision of being a true voice for the region we serve and I am incredibly honored to be a part of it.